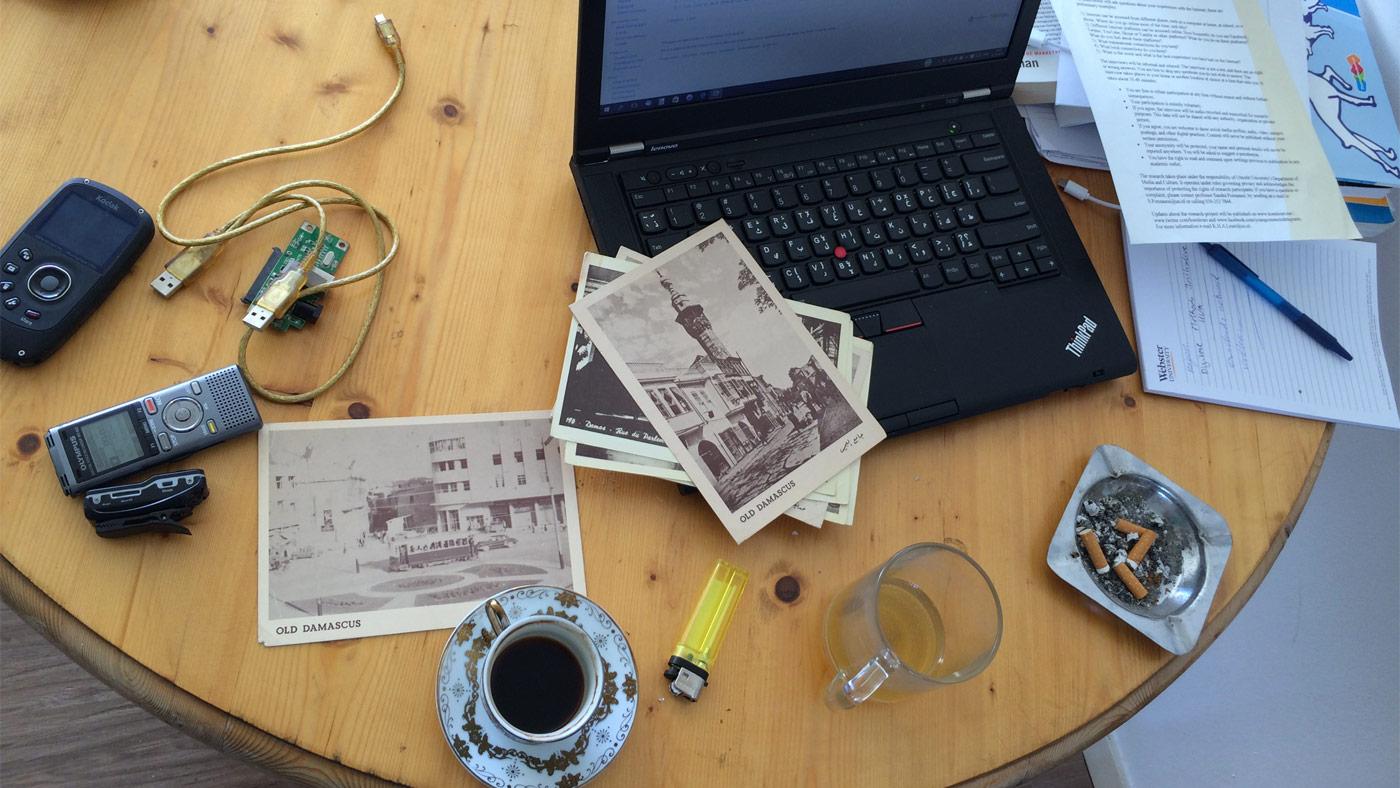 This blogpost explores the workings of Europe from the perspective of human (im)mobility, digitization, datafied discrimination and transnational digital connectivity. The focus will be on top-down strategies of migration management through data and bottom-up tactics of re-making Europe from below through transnational connectivity. First, I tease out Fortress Europe’s social sorting at the border, which shows lingering traces of colonial-era human classification, measurement, and ordering, which were pioneered and mastered on subject populations in its peripheral territories throughout the last centuries. Secondly I argue, that digital practices of migrants show how Europe is reimagined from below: transnational migrants stake out a living across borders while simultaneously using social media as a contact zone by engaging in intercultural exchanges with local others.

Although Europe’s motto of ‘unity of diversity’ applies for some migrants – most notably white ‘highly-skilled’ migrants from the Global north – for most forced migrants Europe is an almost insurmountable obstacle. While Europe is known for championing universal human rights in external territories, its management of the so-called ‘European migration crisis’ on its own territories blemished its human right record. In the humanitarianism-securitization continuum, Europe is moving more in the direction of the latter. Managing migration mostly to its own benefit, Fortress Europe is now the deadliest migration destiny in the world. According to the International Organization of Migration’ Missing Migrants Project (fig.1), up until November 7, 2016 4233 migrants died in their quest to reach Europe, from a total of 5630 deaths worldwide.

At its centre Fortress Europe operates according to a mostly hidden logic of European apartheid, which is increasingly based on real-time surveillance, digitization and data-driven decision making. The European Dactyloscopy biometric database (EURODAC) and the European border surveillance system (EUROSUR) are two chief top-down infrastructures setup to manage irregular migration (fig.2).

EUROSUR set up to “combating cross-border crime, tackling irregular migration and preventing loss of migrant lives at sea” offers “close-to-real-time services” based on satellites, drone, coastal radars and patrolling. This sophisticated technological solution raises the question why all these deaths at sea are still happening, why are they necessary while the Mediterranean is surveilled 24/7 / 356?

Secondly, EURODAC is the biometrical database setup to operationalize the Dublin Convention, which demands that refugees may only lodge asylum in the first European country they enter. EURODAC functions through algorithmic social sorting, processing certain biometrics as undesired, resulting in ‘digital deportability’. Digitally sanctioned deportation may happen when a ‘hit’ occurs: when a searched individual appears in the database, cross-referenced between the categories listed above. Observing migration management in practice in Germany, researchers witnessed how the EURODAC system automatically played a James Bond melody whenever it ‘produced a hit’. This example of smart border gamification illustrates how datafied social sorting results in dehumanization. ‘Smart’ border processes do not focus on individual narratives, but on quantifiable deviating patterns. Furthermore, this echo of the popular culture version of espionage displays EURODAC is a damaging data-driven truth machine.

EUROSUR and EURODAC arguably function on the basis of what Edward Said poignantly described as Orientalism, ‘idea of European identity as a superior one in comparison with all the non-European peoples and cultures’ (Said 2014: 7). This is particularly worrying, because of the unprecedented scale of people who were forced to flee their homes across the globe. On World Refugee Day, June 20 2016 the UN Refugee Agency (UNHCR) reported 65.3 million or “1 in every 113 people globally is now either an asylum-seeker, internally displaced or a refugee”. This means, there are currently globally more forcibly displaced people than the populations of the United Kingdom or Italy. EURODAC and EUROSUR mobilize a surveillant gaze whose roots can be traced to military-industrial colonial expansion that relied on making use of indigenous populations through techniques based on visible measurement. This domination was further justified through European imperial knowledge systems such as medically proven ‘inferiority’, which rationalized the existence of non-white ‘subject races’ (Wekker, 2015).

Moving on from top-down perspective, I now shift focus to ground digital media from the perspective of connected refugees. My interest in media and migration grew from personal experience. As a teenager, I spent much of my spare time at the asylum seeker center in the town where I grew up. I was really into playing basketball and I learned there were many excellent players living in the center. These were the 1990’s and having studied media, communication and the internet the last 14 years it strikes me in hindsight that many of the people in the center were early adopters of ICT’s. Technologies were used to stay connected with family members living elsewhere in the world, and to carve out a livelihood in the Netherlands. Email and mobile phones were already ubiquitous among young refugees, while none of my white Dutch friends had a mobile phone yet. This experience contrasts with commonly held stereotypes of migrants as backward, information poor or somehow culturally ‘unfit’ to handle advanced technologies. In this moment of so-called crisis, these stereotypes still linger, as the selfie-taking refugee is currently getting a lot of flak (fig.3). Apparently, people who own a mobile phone are not eligible for help. Xenophobic critics focus on the smart phone as a piece of advanced western technology and dismiss refugees carrying smart phones as bogus asylum seekers. To put smart phone use among refugees in context: UNHCR estimates, 93% refugees live in areas with at least 2g internet access and mobile communication. Furthermore, globally 1 in 10 households do not own a phone – among refugee households it’s 29% that do not own a phone. Globally 75% of households have a smartphone, among refugee households its 39% 2/3s of refugee households in urban locations have an internet-capable mobile phone, versus just 22% in rural areas. (cf. also fig.4)

As part of a 3-year Netherlands Organization for Scientific Research funded project I am interviewing Syrian refugees in the Netherlands. The Syrian revolution against the Assad regime since 2011 has cost 100.000 lives, and resulted into 1/3 population adrift, making 5 million Syrians flee their country. And, as informants mention, it triggered adoption smartphones and social media. The majority of Syrian refugees in the Netherlands can be seen as “connected migrants”. They are not doubly uprooted from their homeland and their country of arrival, but they can be “doubly present” and maintain personal relationships here and there. Syrians are the fastest growing immigrant group in the Netherlands. Most recent figures show that in October 2015 37.000 Syrians claimed asylum, number estimated to have reached 40 thousand plus. Facebook pages offer one way to assess digital connectivity of Syrians. We see that a large proportion of Syrians in the Netherlands use Facebook to exchange information, there are Syrian Dutch Facebook groups with over 65 thousand members. Such sites can be described as a sort of “tripadvisor for refugees”. The majority of Syrian refugees use smartphones before leaving, during transit and upon arrival. Very similar to most Europeans, Syrian refugees use apps such as WhatsApp, Viber, Skype, Facebook, Google Maps, GPS and Sailing marine weather.

To give you an impression, I would like to draw your attention to this photograph taken this fall (fig.5). I will draw on this photograph to talk through Jo’s reflection on the role of digital connectivity in the lives of Syrian refugees. Jo is a 34 year old self-proclaimed ‘hacktivist’, ’information must be free’ is his motto. It was the first time I interviewed someone and upon asking permission to audio record the interview, the informant brought out audio recorder and started recording for his own records. We see some of the material objects dear to him, his portable video camera, an audio recorder, a small spy-cam, an illustrative piece of hardware, one of his laptops and old postcards of Old Damascus, cigarettes, coffee cups brought from Syria, and coffee bought in the Netherlands but originally from Turkey. 2,5 years ago, Jo owned an IT shop in Damascus. As the revolution against president Assad turned into violence, Jo got more and more involved in hacktivist activities, smuggling hardware and offering internet access to journalists in blacked-out rebel-controlled towns. After being jailed for 4 months, Jo fled. Using a Sailing marine weather app to ensure himself weather conditions would be manageable he attempted to travel to Greece from Turkey by boat. This failed twice, as boats sank close to shore. Finally, he managed to get what he called a VIP trip, by jet ski. He was kicked off the jet ski 200 meters from Samos. In the water he lost one of his phones, and one of his 3 laptops. From Samos he went to Athens, and travelled to the Netherlands in the back of a truck. Jo might be an a-typical example, but there are several points which are illustrative for patterns discernable among the Syrian refugee community in Europe. Important is the page Jo insisted on opening before taking the photograph. It’s the Wikimedia entry on Cunningham’s Law. “The best way to get the right answer on the Internet is not to ask a question, it's to post the wrong answer.” Jo explains that “Syrians don’t trust anyone anymore – especially TV” but also on Facebook he would pose questions and weigh all opinions and sides. Because the one thing that refugees are struggling with is “information precarity”, and this pertains to a difficulty of navigating information pertaining to official national asylum procedures, local government contacts, education opportunities, but also local Dutch everyday customs, habits, expectations and routines. Alongside seeking to connect with the local Dutch setting, Jo kept in touch with family members and loved ones living in Syria and elsewhere. Transnational connectivity among refugees in Europe illustrates the undoing of traditional European family-life that according to Ulrich Beck and Elisabeth Beck-Gernsheim commonly correlated “bonds of place, country and family” (2014, p. 13). Transnationally dispersed families rely on various information and communication technologies for parenting, care, love, and solidarity. This way of “doing family” differs from dominant norm. Anti-immigrant public discourse on social media for example draws on family practices of migrant families (the selfie-taking refugee) to draw symbolic boundaries between who counts as European and who does not. Thus, local and transnational digital practices of connected refugees allow us to reflect upon dominant western and Euro-centric views of what constitutes ‘the family’ and also challenge how such dominant views operate as exclusionary bordering mechanisms.

Koen Leurs is Assistant Professor in Gender and Postcolonial Studies at Utrecht University. He is a critical internet researcher interested in media, migration, diaspora, gender, class, youth culture, data & methodologies. He has published widely, including the recent monograph Digital Passages. Diaspora, gender & Youth cultural Intersections (Amsterdam University Press, 2015) and publications in journals such as Feminist Review, Religion & Gender, and International Journal of Communication. He is currently guest-editing journal special issues on “Forced migration and digital connectivity” for Social Media + Society and “Connected migrants: Encapsulation and Cosmopolitanism” for Popular Communication. He is also the annual Information, Communication & Society special issue editor for the Association of Internet Researchers (AoIR). He recently completed a postdoc at the London School of Economics and from 2016-2019 he is principal investigator of the research project ‘Young connected migrants. Comparing digital practices of young asylum seekers and expatriates in the Netherlands’. See www.koenleurs.net . 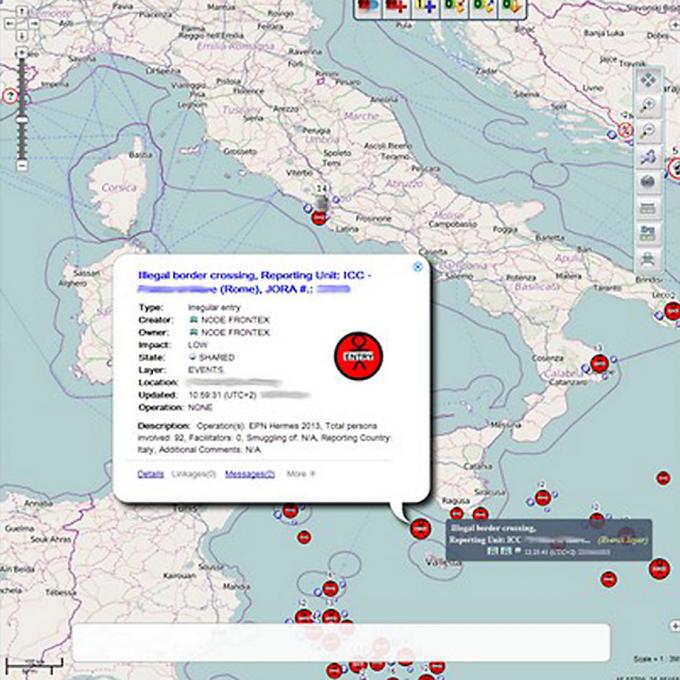 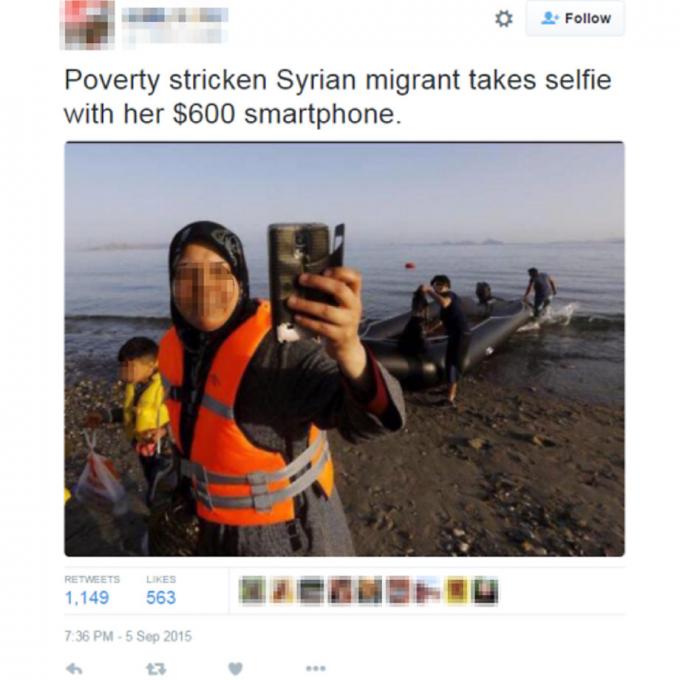 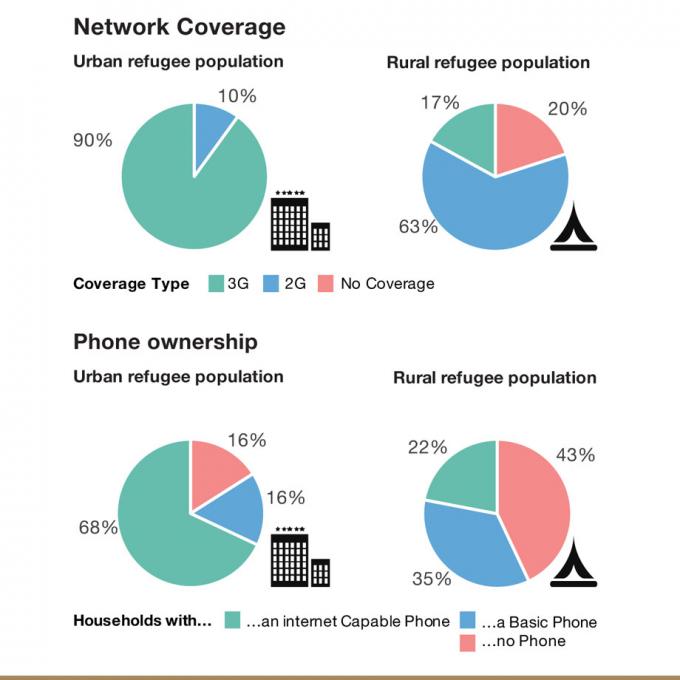 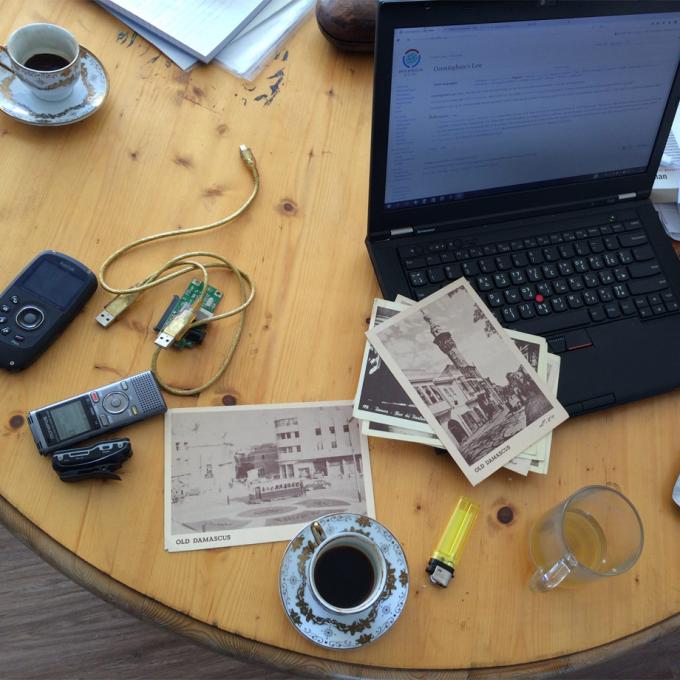