DO IT YOURSELF! Gespräch mit Koen Leurs 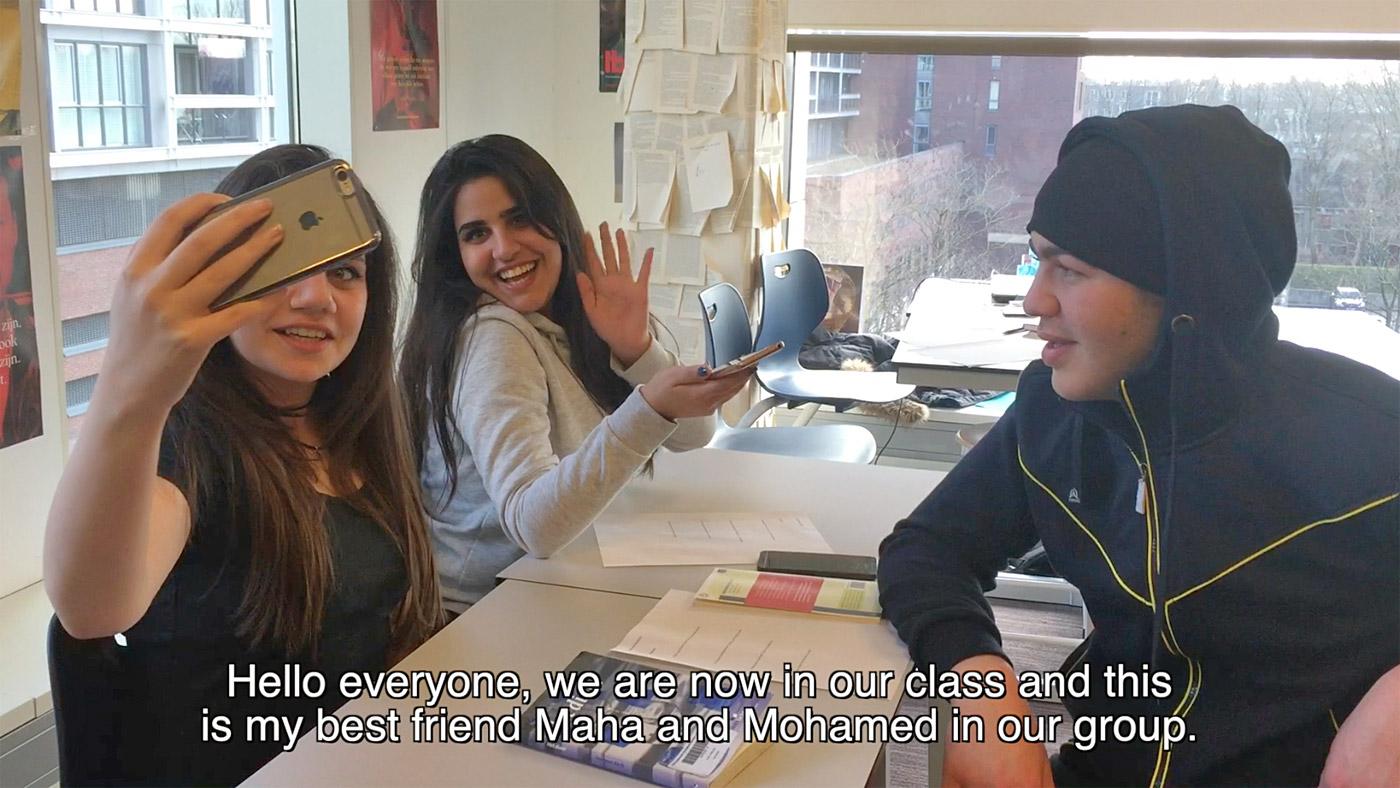 DO IT YOURSELF! Gespräch mit Koen Leurs

What was your initial idea and inspiration to organise the project „Critical media literacy through making media“?

The idea for MMM took shape after Ithaka International Transition Classes approached one of our team members, Sanne Sprenger, to initiate a new collaboration. In 2012-2013, Sanne together with Femke Stroomer, collaborated with the school in the participatory ethnographic documentary film project Ik ben hier (‘I Am Here’). Over the course of one year, 30 young people – aged between 15 and 20 and coming from Somalia, Iraq, Afghanistan, Chile and elsewhere – were trained in filmmaking, collaborating, and narrating their stories.

The first photo to the right shows Anis, a 16-year-old Moroccan-born young man, reviewing a video-letter addressed to his mom, who was living in the Moroccan Rif Mountains. His 80-year-old father had taken him and his siblings to Europe, to receive a better form of education. Anis wanted to find a way to narrate his difficulties in coping with living in the Netherlands. For over two years, he had been separated from his mom who had not been allowed to move to the Netherlands after failing to meet legal requirements. In documenting how Anis and his schoolmates searched for ways to belong to their city of residence, Utrecht, these young people learned to present themselves as complex human beings with ambitions and inspirations.

In 2016, the school wanted to collaborate again to develop a media literacy program in line with the participatory and social-justice oriented approach they knew. The school financed the first year of developing and running the media literacy program. After receiving funding from the Dutch National Research Agenda, we are able to extend our collaboration for two years until 2019.

In two to three years, Ithaka International Transition Classes prepares young newcomers aged between 12 and 18 years to enroll in regular Dutch secondary education or vocational training. Refugees currently represent the majority of students in the school, alongside children from parents who migrated to the Netherlands as guest-laborers, expatriates or children from parents who migrated for marriage.

The school was looking for an alternative media literacy training, as they were unhappy with the programs that were available off-the-shelf. They considered available programs not only too much goal-oriented and linear, but also too much risk-focused and paternalizing. Also programs dominantly target children and young people as an unspecified homogeneous category (meaning white, Christian/secular, middle-class). In keeping with the school philosophy, which seeks to offer young newcomers to the Netherlands a sanctuary and safe space to recognize themselves again as human beings, they sought for a media literacy training oriented towards questions of identity, belonging and empowerment.

Where do you see –in general– connections between the discourses on digital culture and migration?

A rich body of scholarship exists that has charted how media and communication technologies have historically played an essential role in the everyday lives of migrants across the world. Over the course of the last decade, the scale, intensity, and types of migration and digital mediation have drastically changed and accelerated.

From a top-down-perspective we can note that in Europe, governmental border control and migration management by state authorities increasingly rely on digital technologies, for example to surveil the Mediterranean and detect unwanted “irregularized” migrants, to algorithmically process asylum seekers’ biometrics through datafied discrimination, for deterrence campaigns on social media (consider for example the Danish government that targeted potential refugees through social media advertisements to discourage them from deciding to travel to Denmark) and to scrape social media data for the purpose of predicting migrant trajectories at the borders of Europe.

From a bottom-up perspective, migrants have maintained networks and relationships across distance and borders through exchanging letters and audio-cassettes, setting up diaspora newspapers, transnational radio stations, accessing satellite television, engaging in transnational telephone conversations and sending remittances. Scholars have also documented how satellite dishes, Internet cafés and more recently migrant smart phone usage and refugee selfies have been projected in populist, right-wing and anti-immigrant discourse as symbols of threat, exclusion, and the supposed failure of integration and multi- culturalism.

Young newcomers – including in particular young refugees living in urban areas  – commonly have access to smart phone devices; Internet connectivity and they avidly make use of social media platforms. Alongside transnational connectivity and interacting with their new local surroundings including school, government and health care providers, social media technologies can be taken up for information seeking, contact with peers, identity-management, but also for oft-debated and sensationalized processes of religious  radicalization, peer cyber-bullying and sexting.

Could you tell us a little bit about the preliminary results of your project and the response from the participating youth?

We found that young migrants – particularly refugees – are commonly the object of stereotypical visual media representations and often have no choice but to position themselves in response to them. In having taught critical media literacy now over the course of the last 2 years, with 150 students participating, we have the impression that making young migrants aware of the politics of representation through media literacy education contributes to strengthening their participation and resilience. It is not a magic bullet to cure all ills of course, but achieving a sense of ownership, confidence and trust in their own practices. Specific examples include the experience of youth benefiting from making a ‘video curriculum vitae’ to apply for jobs and selective regular Dutch educational training.

Also for example training youth to become aware of the constructed character of storytelling in general and all media output is particularly urgent for this target group. When producing short videos by themselves, they become active owners of the knowledge we pass on. By making these media productions, they also compile their personal school-portfolio with audiovisual footage. Teachers for example noted that particularly Syrian-Dutch youth receive a near-constant stream of news on bombings, atrocities and violence from places they have fled from. In the case of the ongoing civil war in Syria, there is a proliferation of fake news. Teachers discussed the urgency of training students as critical news consumers in order for them to assess violent and traumatizing content they receive, which is often undated and circulated by unconfirmed sources. On the other hand, in the countries where they arrive in the West, they are confronted  with scrutinized images of “themselves” in the media. The images symbolize the identity of refugee and are used as passive objects in heated debates on whether they are welcome or not in their host countries. There is a need to make this particular youth more resilient in responding to such media respresentations by being able to critically approach them, whether as critical passive consumers or prosumers.

Is there any possibility to make do-it-yourself media production in the spirit of your project part of the official curriculum of schools in the Netherlands?

We seek to find a way where also teachers take ownership over the critical media literacy curriculum we have co-created with students and the participating teachers so far, and develop it in a way that they feel is most productive. In the future we hope to have rendered ourselves obsolete. Steps we are taking this way include ‘teach-the-teacher’ events, which we have done with the 4 teachers at the Ithaka school who have took the lead in teaching the media literacy course this year. Building on our experiences so far, we see clear opportunities first to have this program incorporated in the curriculum of schools dealing with young newcomers.

We are seeking to scale up our approach with the help of LOWAN, the national support organization for secondary schools that provide education for young migrants who recently arrived in The Netherlands (Internationale Schakel Klassen onderwijs / International Transition Classes education). We have conducted two introductory ‘teach-the-teachers’ workshop sessions at their annual teachers day this past April, and we are looking forward to seeing how teachers take up the incentive in their own teaching practices.

What’s the potential of this approach towards the future?

Have you been to the Ruhr area before? What’s your impression of this region?

In previous trips to the Ruhr we have been fascinated and inspired to see how the area is seeking to embrace it’s cultural heritage of industry and displays a strong commitment to education with its concentration of higher education institutions.

Are there any similarities to the situation in the Netherlands when speaking about a diverse society?

The industrialized area of the Ruhr shows clear parallels with the Rotterdam port-area in the Netherlands. Not only are they connected through the important infrastructure of the Rhein River, and are they both densely populated, historically due to demands for labor forces these both have been areas that have welcomed migrants. Both areas have had a diverse population for a long time, and can now be characterized as super-diverse. Both areas have also long histories of cultural production and innovation. However, in the context of increased political polarization, emerging for example during the recent European financial crisis and the so-called European refugee crisis it is also areas like the Ruhr and Rotterdam where battles are fought over belonging, integration, and cultural identity.
It is imperative to remain attentive to the importance of everyday encounters with difference – what are the public spaces, online and offline, where people of various backgrounds, interests and passions encounter one another – how do people experience everyday already existing multiculturalism? 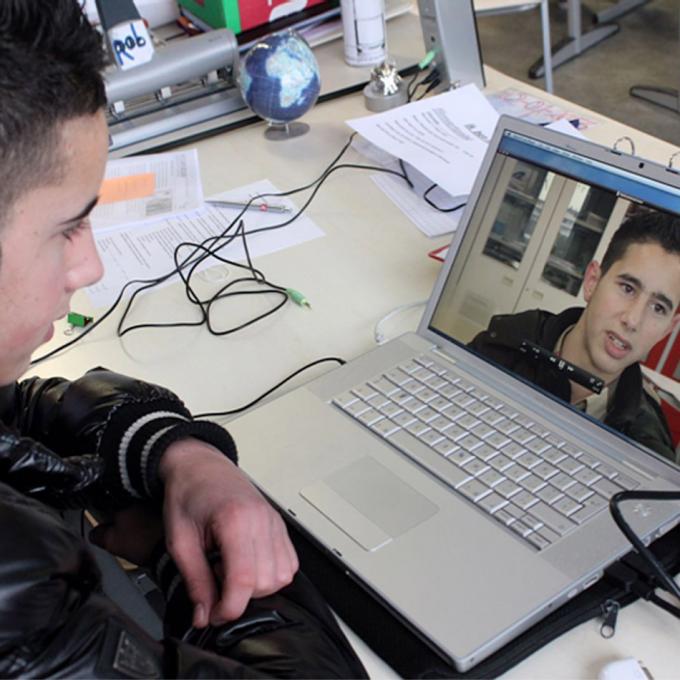 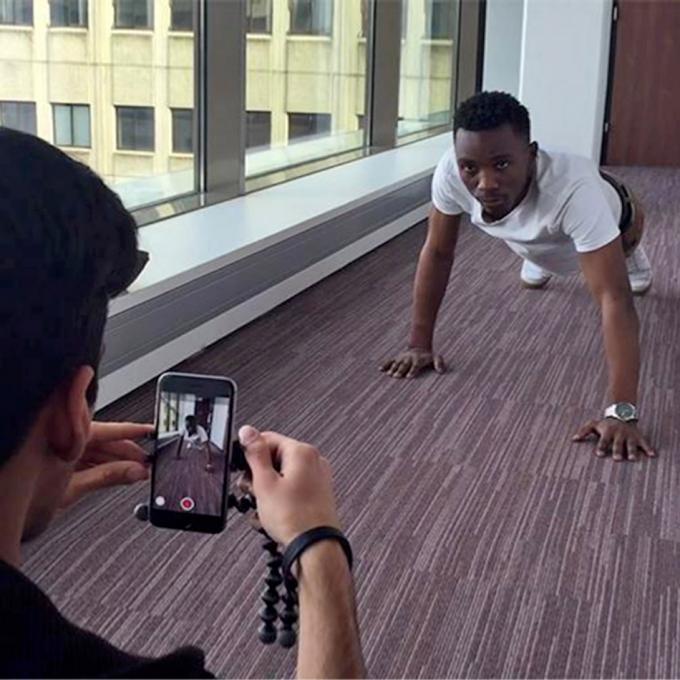 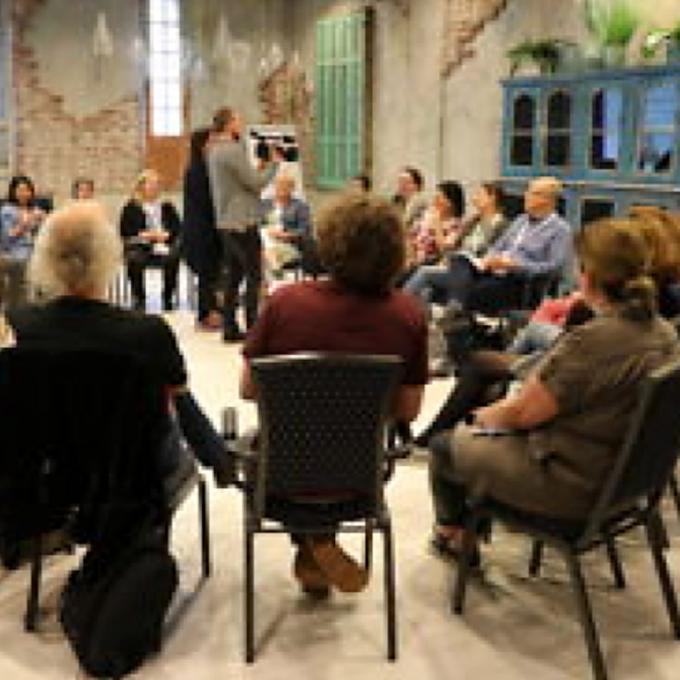 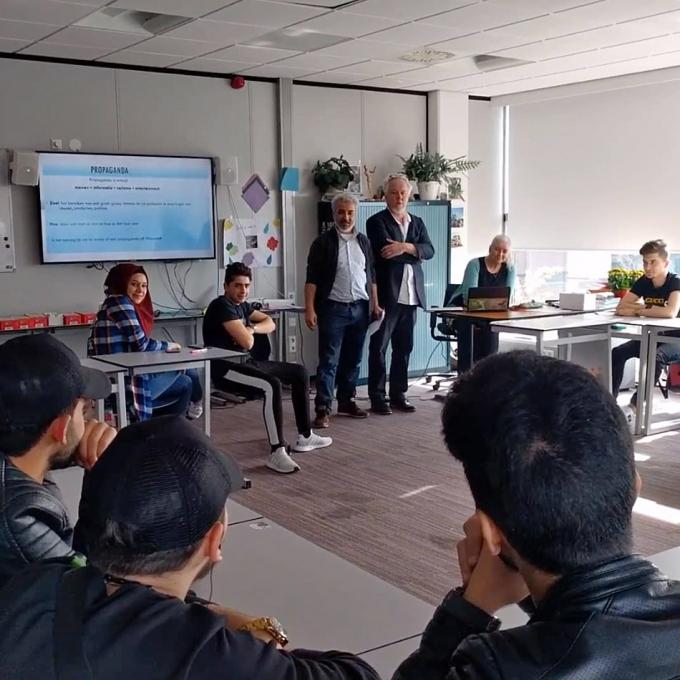 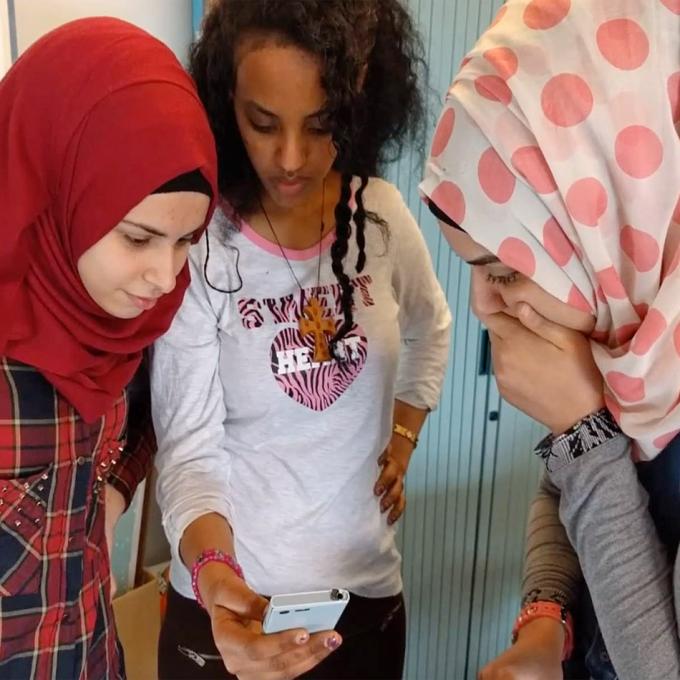 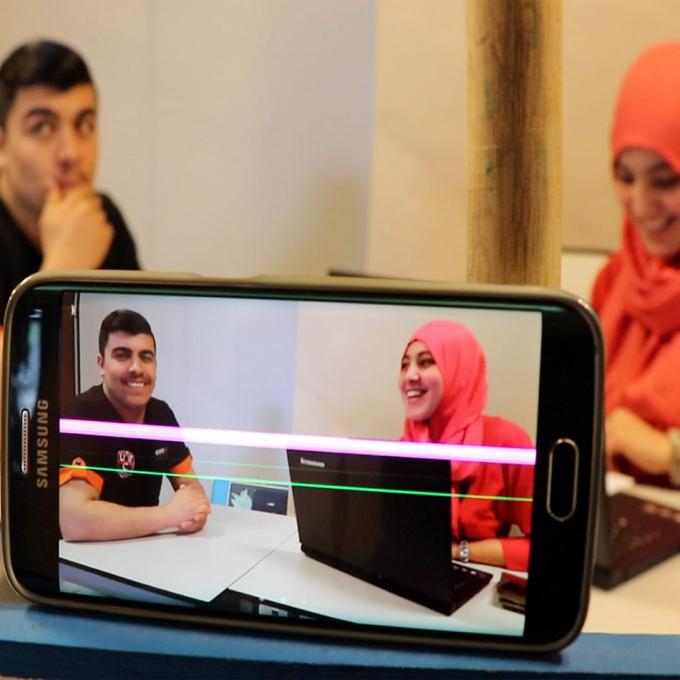 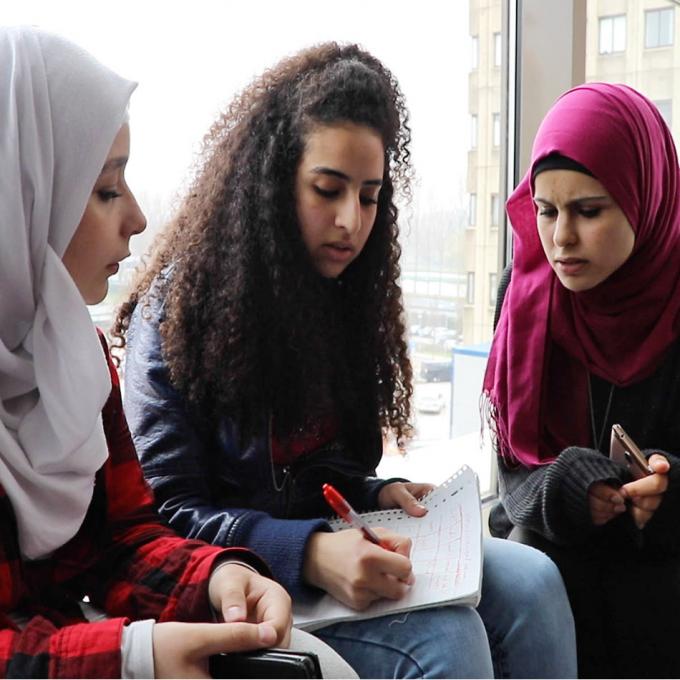 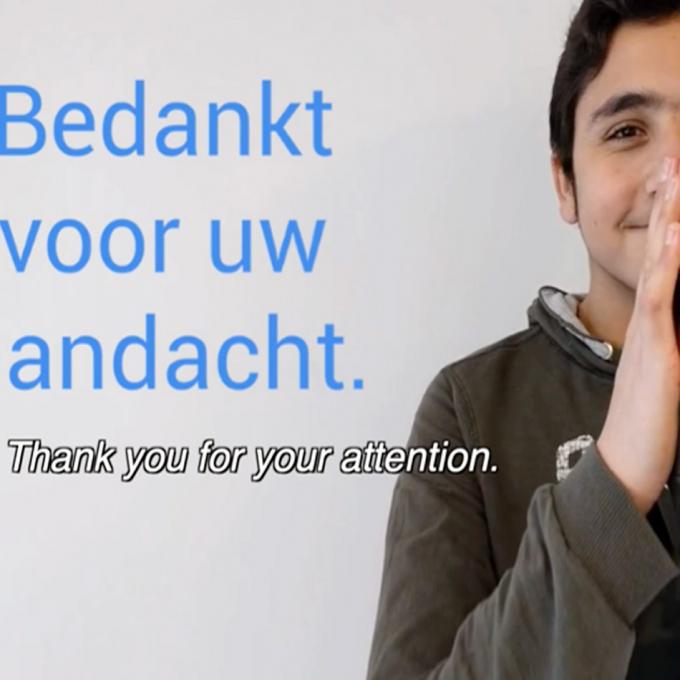